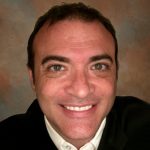 Matt’s career in IT began while still in the womb.  His talented mother was actually coding as she went into labor, and was sorting punch cards when she arrived at the hospital.  By age 10, Matt was building his first computer, and was already fascinated with the idea that he could possibly make this world a more efficient and productive place.  By age 11, his first program was written and executed.  Growing up in a computing family, computers and software were always his passion. During Matt’s Junior year of college, Allstate Corporation offered him an internship working in their emerging technology department.  Accepting the Allstate Corporation IT internship would soon prove to change the landscape of Matt’s life and career.

Working with state-of-the-art software, hardware, and consultants as Matt’s first job was extremely fortunate.  Microsoft, IBM, and Anderson Consultants all contributed to his professional growth while he contributed merging software concepts that had never been considered before.  While at Allstate Corporation, he completed projects which incorporated enterprise-wide deployment and packaging distribution years before it became the norm. Matt also wrote some of the DOS components for Citrix blade/thin-client environments installed in an AS/400 environment.

In 2000, Matt accepted a position for a niche consulting firm that focused on secure application development.  He spent five years performing application development in almost every technical and business environment imaginable.  From SMB clients to Government Sponsored Entities, from 25m companies to 1 trillion dollar banking systems, he quickly moved from senior consultant to engagement manager.  As the company morphed into a dedicated security company, he was trained in white-hat hacking and application security where he delivered several significant security audits for Fortune 100 companies.

In 2005, Matt accepted an executive position at a Federal Bank and was charged with overseeing all Financial Systems Development.  This included Accounting, Market Risk, and Compliance.  Over the course of the next three years, Matt’s team took charge of almost all systems within an $88b bank. He managed and took personal responsibility for reconciliation processes, market risk processes, mortgage pools and pipelines, credit and collateral systems, as well as how all the systems seamlessly operated together within the bank.  Upon successfully achieving autonomy at the bank, he thought it best to turn his attention towards consulting once again.

In 2009, Matt took a consulting position with a wholesaler of packaging supplies, and in 2011 he accepted the position of CIO.  Matt seamlessly managed technology, but still personally developed software and processes which contributed to the company’s 800% growth between 2009 and 2014.  During his tenure, Matt applied advanced analytic concepts learned in banking and changed the way pricing and logistics worked within a supply chain environment. His work was the basis for patents regarding predictive landed cost and pricing algorithms.  Matt is proud and very happy to report that this company is still thriving under their current CIO, and still growing by leaps and bounds.

In 2014, he began consulting again, accepting a position at an international consulting company primarily focused on their Acumatica custom development team.  While Matt’s role was management, process review/improvement, and code review,  he spent much of his personal time honing his skills in development and taking Acumatica certification exams. In 2015, the company merged with an Acumatica VAR (Value Added Reseller) in the Acumatica space and he was given the opportunity to head a much larger division of the company or go back to consulting to stay within the Acumatica environment.  Acumatica encompasses that 11 year old boy’s dream of how software should be built, so the choice was clear and Acucode was formed!

Acucode is built with a focus on cloud software for business, specifically Acumatica and connecting all the surrounding clouds.  Matt preaches Acumatica to all of his development colleagues, which is the basis for our tightly knit team of independent experts.  We highly recommend Acumatica to our business associates, having been given a platform that does everything the other platforms promised…but failed to deliver.  In a world of changing technology, Acucode customers expect strong business acumen, mastery of both legacy and new technology, and the understanding of how to bridge the gap between yesterday and tomorrow.  Cloud Correctly with Acucode and Acumatica.

Any cookies that may not be particularly necessary for the website to function and is used specifically to collect user personal data via analytics, ads, other embedded contents are termed as non-necessary cookies. It is mandatory to procure user consent prior to running these cookies on your website.